it, too. It rained for a bit last night.  I mean torrential downfall.  It started with warnings of thunder. I lit candles as soon as I heard (just in case though I've rarely lost the electricity). The sky was lovely, eerie, as it lightened considerably as the storm rolled in. Then it poured!!! And the earth smelled GOOD! The rain stayed for a few and then moved on to other parts of PA.
Today is the third day of LSNED.  I am pretty much going to participate through "Instagram" and adding scrappy touches with Elsie and Emma's "A Beautiful Mess" app and then having the photos printed at the end of the month and binding them into a little book.  At least that's the plan so far.
Today's lesson was about steps, i.e., moving forward, the steps it takes to get from point A to point B (for example, I want to vacation in Daytona next year but I need to plan now, so I'll write down the steps I need to take to get there), steps taken, not just the literal.  However, at the end of the day, my photo reflects the more literal.  I was cleaning out my entryway and came upon six pairs of shoes (not including those I am wearing and a brown pair of boots that didn't make the photo).  My entryway is NOT THAT BIG.  Where did all these shoes come from?!  There has to be another 20 pair in my bedroom and at least three pair under my desk at the office. When did I become such a shoemonger???? BUT, I realized that each of these pair of shoes has their own stories of where we have been.  Those brown sandals have been to Florida and New York.  The UGGS were a gift from Mister and have been worn in every type of weather.  Those Sketcher teenies logged alot of miles when my only solace during my sister's illness (she is with the angels now) was walking, walking, walking. Those flip flops I am wearing are my granddaughter Jade's.  I tell my granddaughters that this is a wash and wear house.  If I wash it, I'm gonna wear it. Anyhow, that is the story behind my photo for Day 3 of LSNED.

Email ThisBlogThis!Share to TwitterShare to FacebookShare to Pinterest
Labels: 2013, Scrapbook 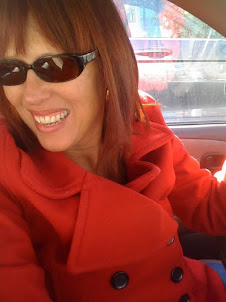